The last (dinner) stop in Queenstown was a place called Eichardt’s. 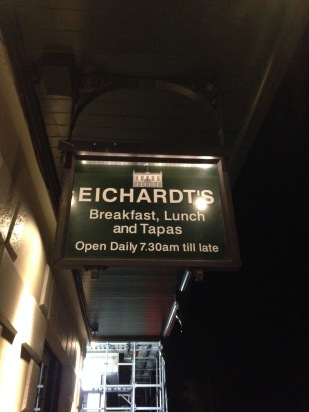 We went to the bar area for wine and tapas.  Another great menu!  This time the wine choice was a flight of Pinot Noir. It was comprised of Mount Edward ‘Eichardt’s’ 2013 Gibbston, Wild Irishman 2013 Bannockburn and Misha’s Vineyard ‘The High Note’ – 2009 Bendigo.

The first on the tasting was ok.  The 2nd was quite solid with very nice fruit notes.  The 3rd was absolutely amazing.  There was the slightest hint of leather, almost like a Pinotage with the traditional fruit.   I still had many stops to go on this trip so it wasn’t easy to buy one. 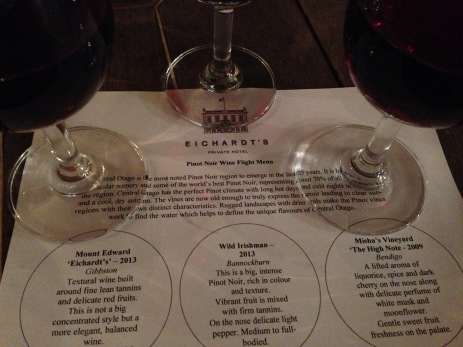 For dinner we grabbed several of their tapas. 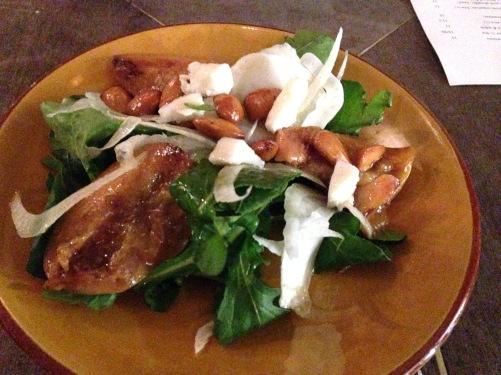 All of them just melted in the mouth.  Absolutely outstanding.  Between them and the wine, great final dinner in Queenstown.

Next place to check in a NZ town if of course a Mexican restaurant, right?  After getting back fairly late from a tour it was close to the hotel and looked pretty good, so why not?  So we checked out Coyote Grill.

One of two mandatory orders was right (and done right away) – chips & guac.  The other that wasn’t (margarita) was simply replaced with sangria.

The guac had a perfect texture and spice to it. 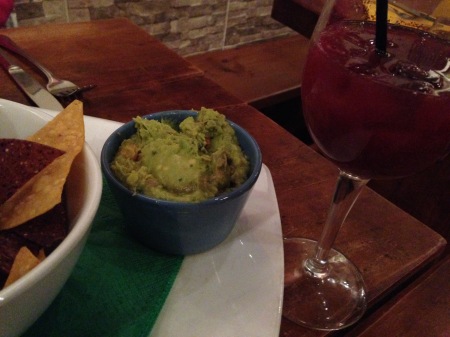 Two appetizers were ordered after that for dinner. 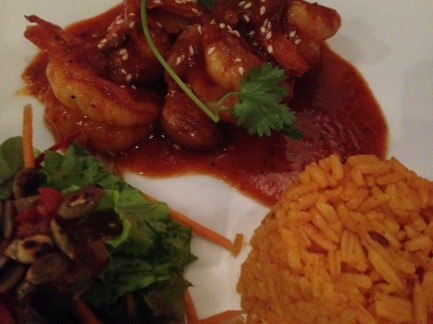 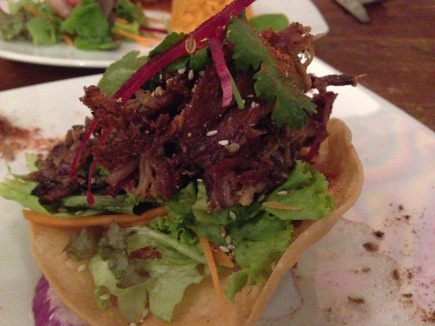 The shrimp had a nice kick to them and whatever seasoning they used on the duck was amazing.  And for appetizers, these were big dishes.  Perfect end to a long day.

Another spot visited in Queenstown was the Smith Craft Beer House.

You can pretty much deduce what they have based on the name.  And you can order a sampler of whatever you like.  Based on their large selection, the bartender chose several for the table based on our taste.  The six that came to the table were:

From left to right:

For lunch we ordered a pizza, half with cheese half without.  The crust on this thing was amazing.  So light and fluffy!  One of the best pizzas I’ve had.  Great stuff. 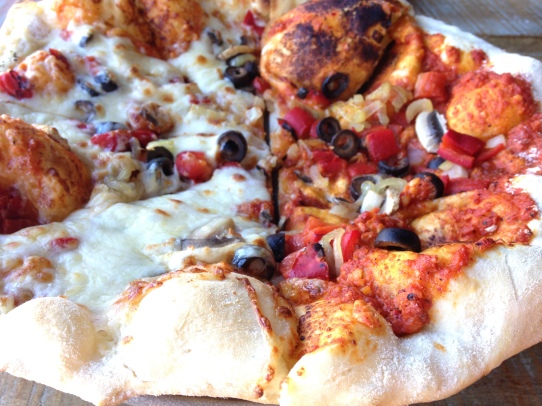 New town, new country, of course new exploration.  The hotel where we stayed recommended a great seafood restaurant for the first night in Queenstown; Fishbone Bar & Grill.  Of course, you have just a bit of water around you when you’re in New Zealand so there is likely to be some decent seafood. 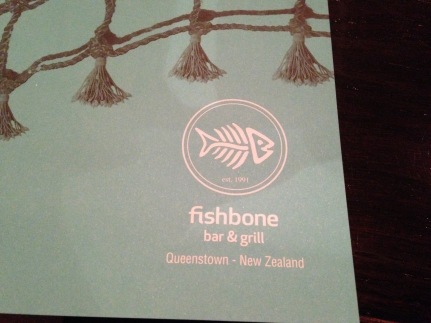 And to kick off the meal in the new country we started with some vino, of course.  We opted for some Rockface Pinot Gris from Waipara, NZ.  Pretty dry, which is why we picked it to pair with upcoming seafood.

For dinner we decided to go with 3 appetizers.  They were good sized as we saw them going to other tables, which is why we went this route.

I don’t think you could find a piece of food left on these plate.  The tuna was perfect crusted in sesame seeds and the perfect size, the squid had been cooked to perfection and was the perfect texture and those scallops, oh those scallops.  This place needs to open a location in DC.