I had Billy’s Joel New York State of Mind rolling through my head so couldn’t think of a better title for the post.  So, after visiting wine country in Oregon, I headed a time zone east and a couple states south to check out Ft. Collins, Colorado.  I had my fix of wine so hit the breweries this time.

The problem when you go to breweries (proper) is that there are too many choices.  Sometimes overwhelming.  I tried to do samplers at most of them when possible.  The other problem with beer?  *NOTE — I am not dismissing beer, turning it down, or crossing it off my list at all!  Just making travel notes for future reference. Unlike wine where you can spit, that’s not really an option with beer.  Proceed with caution.  And jumping three days forward, my hosts mentioned that when they moved to Colorado they noticed the beer hit them much more quickly (than when at sea level) for awhile.  Thanks!  You couldn’t have told me that when I got here?  I wasn’t going to say anything…

Brewery 1:  Black Bottle Brewery.  Too many, way too many, beers to pick from.  I honestly can’t remember which one I finally opted for to enjoy over dinner, but it was good!  Some of the beer names are great, Social Insecurity being my favorite. 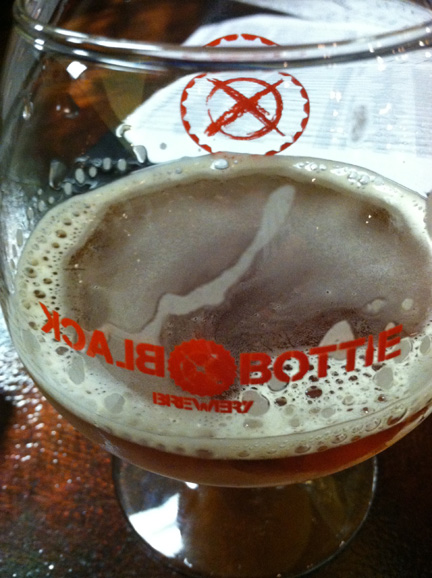 Brewery 2:  Cooper Smith’s Pub & Brewing.  Great place to both enjoy some great food and beer.  I had a sip of several before deciding what to have.  I do remember one that had the name ‘chili’ in it.  You could taste that green chili in there — it wasn’t necessarily hot but you knew it was there.

Brewery 3:  Pateros Creek Brewing Company.  It’s a little bit hidden, so you have to know where to find it.  They apparently have great social events in the evening, FYI, if you’re a local.  It’s a small place, but nice brews.  I happened to get there right before a downpour so spent a little bit of time there chatting with the beermaster.  Aside from that conversation, I think I  found that CO, or at least Ft. Collins, has a like of chilis, because they also had a beer with some kick.  Hmmm…  They also make gluten free beer.  I have several friends who would be thrilled.

Brewery 4:  Equinox Brewing Company.  Sampling flight = 6 beers in 5 oz. pours at 5,000 ft. elevation.  That’s where that whole idea/thought of no spitting/dump bucket REALLY came into play.  I loved the (light) IPA.   I say light as in I didn’t feel like I was bouncing off the walls, on a trampoline or on those OLD SCHOOL pogo sticks.  Just a nice amount of hops.  There was a red on there, too.  Dang!  The weekend I was there, the Great American Beer Festival happened to be in town (Denver, close enough) and many brewers were near the bar so I shared my sampler with them and it was very interesting getting their feedback/comment/sipping notes on the beer.