After Iceland, I traveled a bit West, and North, before returning to the US. I wanted to check out Greenland and visited Ilulissat, which is north of the Artic Circle. And, hey, even got to stay in a 4-star hotel! 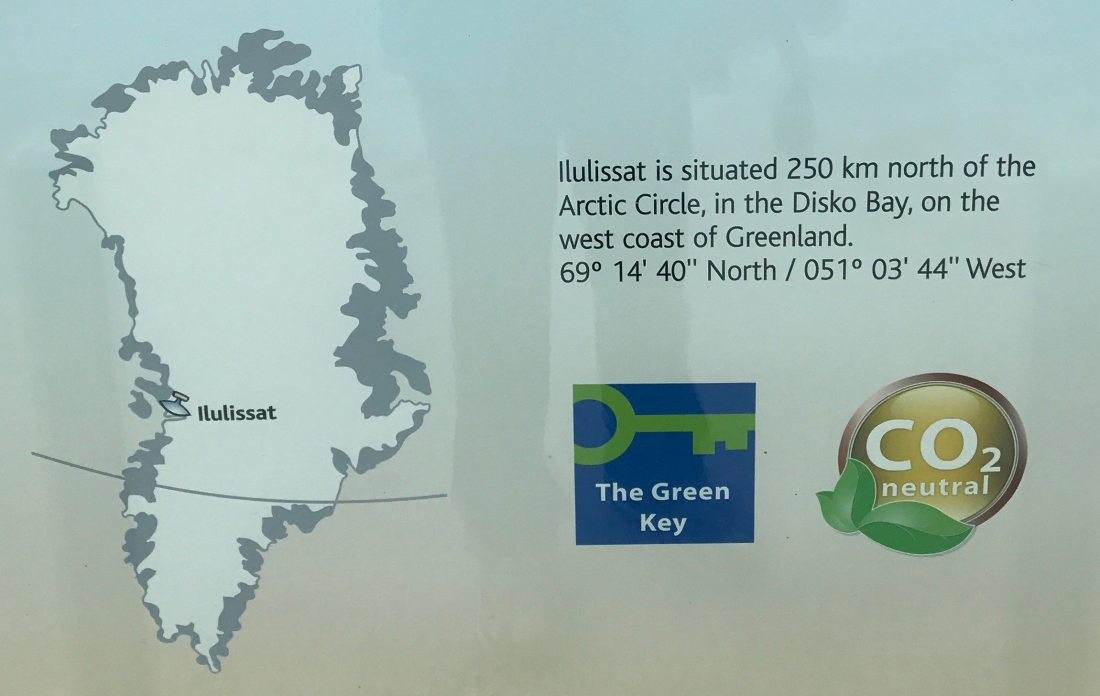 Being in the far north right around the summer equinox, the sun never set (see below). And 30 degrees wasn’t that bad for June! It got up to the upper 30s by mid day and the sun was pounding on us (side note, we didn’t see a drop of rain after having it pretty much the entire time in Iceland).

The night we arrived in Greenland, we received a Welcome Dinner. This was with the other tourists, most of which happened to be on the same plane. It was a two-course meal with a quick bite before.

The bite was fish skin with an asian-like flavoring on it. Good to try but not going to add that to my list of favorites.

The first course was halibut, or shall I say happiness. I was pretty much halibut carpaccio. Super thinly sliced with garnish. So nice to have this!

The main dish was Muskox, served two ways. The one on the bottom right was a tenderloin and underneath the onion was some of the meat that just melted in your mouth. Almost BBQ-style. Very nice taste to all of it.