Encantada can normally mean two things.  In Spanish, it’s that you’re delighted.  In Baltimore (MD), it can mean a restaurant.  But I recently learned a third definition of this word…eternal food coma in beyond state of bliss with exceptional service, view, imbibery and edible goods.

Got to check out the aforementioned restaurant, Encantada, recently and it was a great time.  It’s on the top floor of the American Visionary Art Museum in Federal Hill, Baltimore, MD.  The restaurant “support(s) regional farms, ranches, and aqua-culture, thus nurturing the concept of sustainability.” 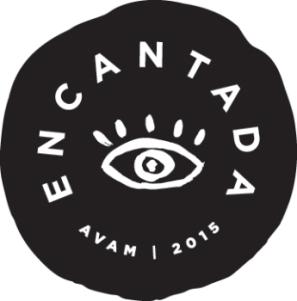 My friend and I wanted to check out so much of the menu and they are small plates so we were able to cover a good amount of it. 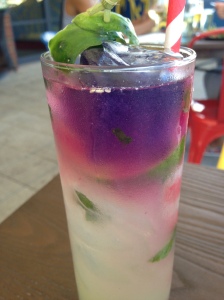 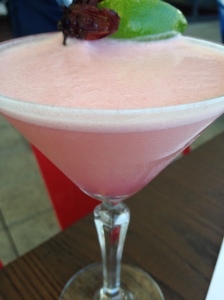 Cheers, oh, cheers.  Amazing tastes in those drinks!  And the magic velvet blue ice never really completely went away…  And that foam on top of the margarita (or Genie) just can’t be explained unless you taste it.

For dinner, they had a Prix Fixe of $30 for 6 items from the menu, which was great.  Time to share! 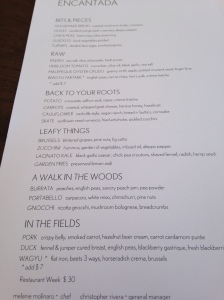 We actually opted for 7, just because we wanted a lucky number.

So first we had to get some bread going, so picked the Housemade Bread served with a mushroom butter & a romesco.  Apparently that butter was really good. 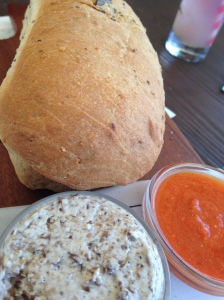 Next up was probably one of THE most amazing dishes I have eaten for awhile.  Portabellos with carpaccio, white miso, chimichurri and pine nuts (though we opted for no carpaccio).  Those mushrooms were so thinly sliced, the flavors melded together in some fashion that was and still is inexplicable.  Wow. 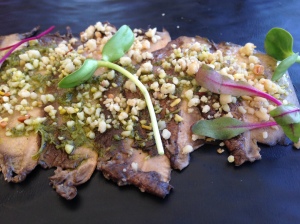 After that the Cauliflower arrived, which is served nashville style with vegan ranch dressing, bread n’ butta’s, and corncake.  It was deep fried and a bit too spicy for me but my friend devoured it.  It was essentially chicken wings but with veggies.  There was nothing left to be seen on that plate. 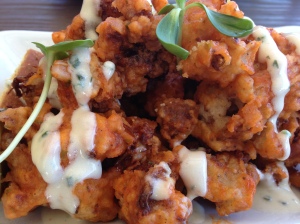 Next up, Skate, which is a mildly-flavored fish.  This guy was served with sunflower seed romesco, a fried artichoke and pickled zucchini.  Very nice!  Had never had an artichoke like that. 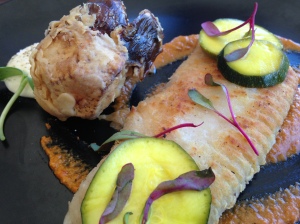 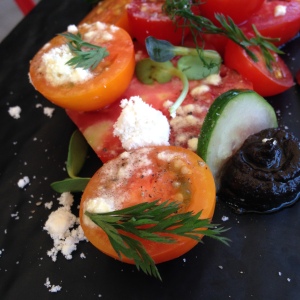 Grabbed some Brussels Sprouts next…take me to heaven!  They were served with blistered grapes (totally unique), pine nuts, and fig cotta — another one you don’t get often.  There wasn’t enough on this huge plate! 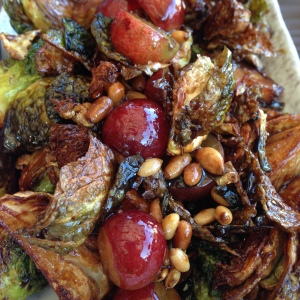 Needed more meat so we ordered some duck, which was a fennel & juniper cured breast, english peas, blackberry gastrique and fresh blackberry dish.  Another one that was out of the park. 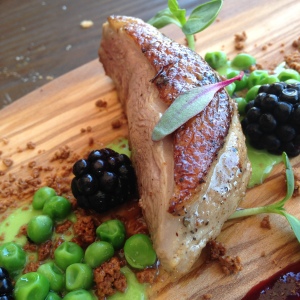 During all this time there was also the need for some wine so we ordered a Malbec, a nice balance to all the flavors. 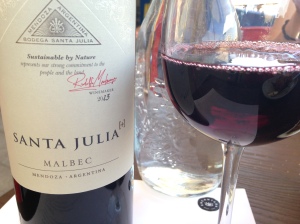 Ok, so to sum this all up.   So many good flavors, so many choices, will have to go back to explore the menu even more.  Good thing they had very affordable valet parking since we needed to roll out of there and our car was right in front of us!