The first thought of cool when walking into a Mexican restaurant is a margarita.  There were a few of us at dinner so we figured why not get a pitcher.  This is probably the first place I’ve been to that doesn’t have pitchers of margaritas.  Ok.  Decided to get the large one, and large it was.  The picture doesn’t quite do the size justice.

Of course had to order some guac.  It was very nicely presented as it is served in the avocado. Good taste, too.

Now, when looking over the menu I was pretty disappointed.  It was hot out, so I wanted something cool.  And a staple of mine at Mexican restaurants is ceviche. It’s not on their menu.  I was trying to figure out what else to get.  Very fortunately the waiter came over and told us the specials.  One of them was ceviche.  The night was saved!  It was a combo of shrimp and whitefish.  It tasted a bit like the shrimp had been cooked a bit, which some restaurants tend to do for safety reasons.  Still nice to get the ceviche. 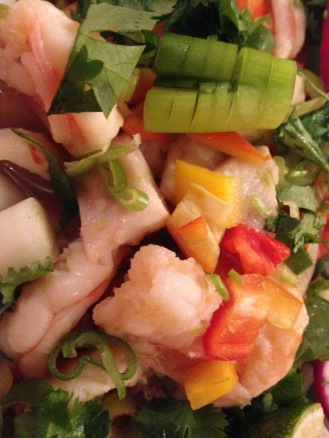 All the others at the table ordered Tacos los Tios, which are beef or chicken tacos, served with rice, beans, lettuce, pico de gallo, guac and sour cream. 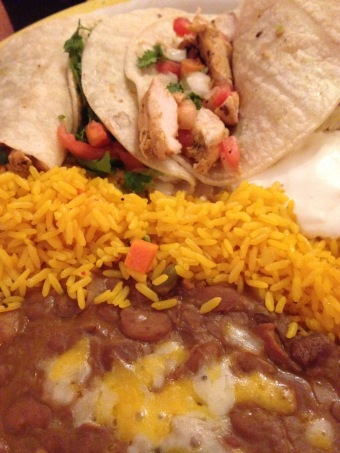 Overall, good meal. The restaurant is pretty big, so easy enough to get a table.  Will check it out again, too, when it’s less sweltering hot and can sit outside.