Circa 1999, I was first introduced to real skiing, aka out West. I was able to visit family in Jackson (Hole), WY and got to meet real snow, powder, elevation and steepness. Never did I go back to the East Coast.

The next year I visited Sun Valley, darn. The following year I went back to Jackson Hole…it’s all about who you know with the free lodging. I had learned a bit more about how to ski out there, so one of my hosts figured I needed to explore some more…the Headwall. This is something I’ll never forget. And now I go to current times and to the past.

The Headwall is a run at Jackson Hole that you must climb to. You take a lift — Sublette, to be exact. That’s after you make your way over there from the base. Then you take a run to above Cirque (bowl). You work to keep as much speed as possible so you can keep your skis on as…long…as…possible. Then, unclip and get ready.

Going to the past. The first time I did the Headwall my host was far too kind. He carried my skis for me. All I had to worry about were his poles and mine. After that, I could take care of everything on my own.

The path to the top is usually pretty well packed (snow-wise), but it’s also pretty steep. As I write this post I am recounting my most recent trip on the Headwall, which was January 2020. I finally turned on my Garmin to track how long of a ‘hike’ this is; 0.3 miles. And, actually, I don’t think I had a Garmin the previous times I had gone, except maybe once and it likely just didn’t occur to me to track it. 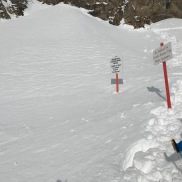 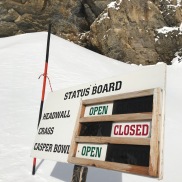 January 2020 might have been my 6th or so time taking this grand adventure. Each time, you think you’re going to be cold. Each time, I had stopped to de-layer, several times, multiple layers. You can also stop to take in the beautiful scenery and/or use it as an excuse to take a break.

This past time I’d had to ask as quick reference while skiing an hour prior how long it took to hike the Headwall because of a lunch meeting and somebody told me 45 minutes. Each person is different. It took me 14:10 (thanks Garmin and Strava).

Got to the top and don’t think I’d ever truly appreciated what all you see at the top. I just did a slow 360 several times. With the sun shining down on you, mountains around you, the town at a distance, what more could you ask for? The only thing would be checking out that snow that had been falling for the 5 days prior and really absorbing the run you’re about to take. After I decided to stop admiring nature standing still, I put on my skis. Note, putting on skis in deep powder, so not fun even on a flat surface, but you know what’s to come is good. 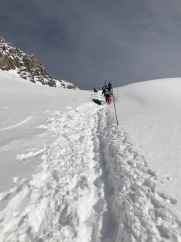 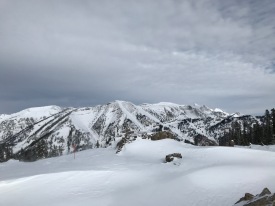 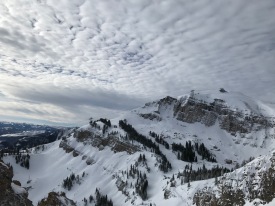 Got myself over to the Headwall (slope), picked a line on which to start skiing and off I went. With the snow that had fallen the past few days, it was crazy. This slope is steep. It’s (just) a black (diamond). As in not a double black. But you needed to really work that day. The snow was knee deep; knee deep powder. It was amazing perfection. It was tough to ski in, but in a really good way. It’s not something I want to ski on every run; I like groomers. I had to think about turns, and if you fall you fall into POOF. I happened to stop and talk to a guy who lives right here in Fort Collins. It was his first time skiing the Headwall, and at Jackson Hole. He has no idea why he has summited this thing! 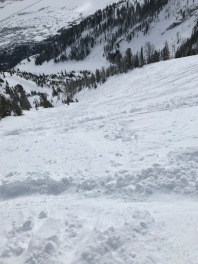 I think it probably took me 3-5 minutes to get down this run. I thought about each turn, worried about my legs (aka injury) sometimes, loved the snow each and every second, and valued what Jackson Hole offers me as a skiing venue. Then you stop, you’re at mid-mountain. You’re done. Ok, what’s next. All I could think about is going having to go to lunch…or do I have time to ski it again? Until next time, Headwall.